There was not a lot of information out there on this exam so I thought that I would write a short summary of my thoughts. This post was written back in March by Karen Ahlstrom, but it fell through the cracks while we were working on Oathbringer. I asked it myself years ago when I heard similar news about a Harry Potter book. The timeline is one small part of the reason, but it will give you a small glimpse of what is going on at a frantic pace here at Dragonsteel trying to get the book ready to go to press.

I keep records of every character, place, spren, and piece of clothing to name just a few. The next time a person appears, I make sure they have the right eye color and eat the right kind of food.

Another thing I track is the timeline of each book. For those books, the timeline is simple. Take The Bands of Mourning for instance. Nobody goes off on a side quest. The timeline only takes up 32 lines in the spreadsheet because there are that many chapters.

On the other hand, the current spreadsheet for the Stormlight books has over lines. The white columns are the dates, which I have an entirely separate post about. In column F we have an event that happens in the book.

Column E tells how long it has been since the last event. Then I have the quote from the book that I used to justify the timing, the chapter the quote appears in, and whether the event happened on the day of the chapter, or sometime in the past or future.

The timeline for Oathbringer starts on day 4 of the new year, and ends on day Which, for those of you who keep track of such things, makes the date Well, sometimes Brandon writes a flashback and someone is looking at a cute baby.

Brandon often glosses over those conversions in early drafts. The most important purpose, though, comes when two groups of characters are apart for some length of time.

Kaladin was running bridges for battles where Dalinar and Sadeas cooperated. The answer is no. I was assigned this job after that book was finished, and as much as we squashed and fudged, there is still a day or two unaccounted for. 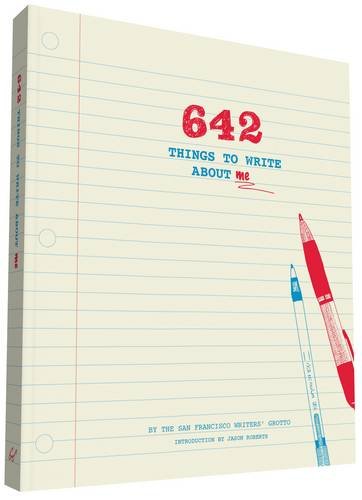 Chapter 40, when Kaladin recovers from being strung up in the storm, is the same day as the chasmfiend hunt in Chapter Brandon gives me a general idea of how long he wants things to take, and I tell him what it needs to be to fit.

Oathbringer is the first book in the Stormlight series where I worked with a list of the storms from the start.

Peter tried on Words of Radiancebut Brandon wrote what the story needed and expected us to fit the storms in around that A perfectly reasonable process, even if it makes my job trickier. In Oathbringer though, the Everstorm and highstorm are each on a much stricter schedule.

We need such exact timing in some scenes that Peter with help from beta reader Ross Newberry made me a calculator to track the hour and minute the storms would hit any given city. Yet another thing we needed to calculate is travel time. How fast can a Windrunner fly? How many days does it take to march an army from here to there?

Kaladin might be able to do a forced march for a week, but what about Shallan or Navani? How long could they manage 30 miles a day?Tiny Things to Write About [San Francisco Writers' Grotto, Polly Bronson] on pfmlures.com *FREE* shipping on qualifying offers.

The next installment in the bestselling series presents writing prompts in an irresistible new format. Delightful and thought-provoking. THE SAVIOR'S CHAMPION by Jenna Moreci | Official Book Trailer + Cover Reveal 36, views 10 months ago WARNING: FLASHES & STROBE LIGHTS ARE USED IN THIS VIDEO. Amazon Elastic Compute Cloud (EC2) forms a central part of pfmlures.com's cloud-computing platform, Amazon Web Services (AWS), by allowing users to rent virtual computers on which to run their own computer applications.

As a final exam preparation tool, the CCNP Wireless ( CUWSS) Quick Reference provides a concise review of all objectives on the new exams. The short eBook provides readers with detailed, graphical-based information, highlighting only the key topics in cram-style format.

Parents need to know that Ryan Higa's How to Write Good is part memoir, part graphic novel, and part how-to manual for aspiring authors. Higa is a popular YouTuber with millions of followers, so readers who find the book some other way may be interested in checking out his videos.